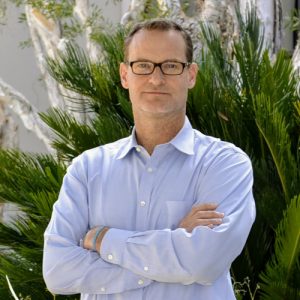 Dr. Singley is a San Diego-based board certified psychologist and Director of The Center for Men’s Excellence. His research and practice focus on men’s mental health with a particular emphasis on reproductive psychology and the transition to fatherhood.

He conducts training and presentations around the country to assist individuals and organizations to enhance their level of father inclusiveness, and founded the grant-funded Basic Training for New Dads, Inc. nonprofit and Padre Cadre social networking application just for dads in order to give new fathers the tools they need to be highly engaged with their infants as well as their partners.

In his free time, Dr. Singley likes to cook, surf, read, and drive his two sons to activities all over town so they can’t escape his annoying shrinky questions. Follow him @MenExcel and www.facebook.com/MenExcel/.

During his doctoral studies, he was highly involved in clinical research funded by the National Science Foundation. He completed a Clinical Internship at the University of California, San Diego followed by a clinical research Post-Doctoral Fellowship in the UCSD Department of Psychiatry and the La Jolla Veterans Administration Veterans Military Research Foundation.

He is Past President of the American Psychological Association’s Section on Positive Psychology, has served on the Board of Directors of the San Diego Psychological Association including Chairing the Men’s Issues Committee, and currently serves on the Boards of the APA’s Society for the Psychological Study of Men and Masculinity as well as Postpartum Support International. He regularly presents at professional conferences both nationally and internationally, and has published his research in a variety of peer-reviewed publications.

With over 15 years of experience practicing and researching psychotherapy interventions, Dr. Singley specializes in the treatment of anxiety, stress, and depression using evidence-based therapy modalities including cognitive behavioral therapy (CBT), exposure therapy, as well as acceptance and commitment therapy (ACT). He also specializes in men’s issues with a particular emphasis on parenthood.

In 2017, Dr. Singley was awarded the prestigious Practitioner of the Year Award by the American Psychological Association’s Society for the Psychological Study of Men and Masculinities.

Dr. Singley founded the Center for Men’s Excellence in order to work with patients who are interested in taking control of their concerns in order to liver fuller, more meaningful lives.