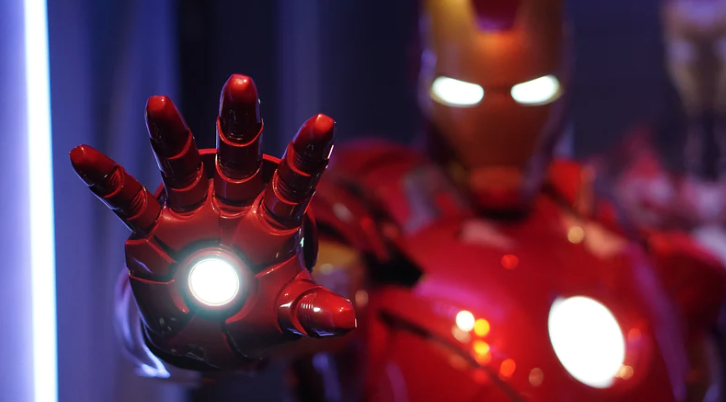 The Marvel Cinematic Universe (MCU) – the movies, characters, comics and TV shows – has become a staple in mainstream media these days. Owing in part to the fact that the Iron Man franchise was the earliest bit of canon in the MCU (let’s not even talk about Howard the Duck), Iron Man is widely considered the Godfather of the Marvel Cinematic Universe and is a personal favorite superhero of mine. Throughout the Iron Man and Avengers films, we see how his expressions of masculinity can create barriers to his own emotional development and growth, barriers that in some important ways Tony Stark – Iron Man’s alter ego – overcame during his superhero journey. By the same token, we also see some of the tradition elements of masculinity such as aggressiveness and risk-taking as being highly functional and in fact healthy in the context of combat, leadership, and negotiation. It’s this dynamic tension between healthy and unhealthy elements of how Iron Man/Tony Stark enacts his masculine gender that nicely frames how men and boys can grow and develop over time as they learn to thread the needle of what it means for them to be “manly” as they move through life.

In the first Iron Man film, Tony Stark – genius inventor and billionaire – inherited his father’s company—Stark industries. When overseeing a manufacturing plant in another country, Stark was kidnapped by local terrorists, and instead of giving his captors what they wanted (e.g., to build weapons for them), he creates a powerful suit of armor for himself to escape. During this time of his life, Stark was a playboy bachelor and had generally been fairly self-centered and showed little if any empathy or attachment to those in his life. Importantly, all of his recollections about his relationship with his own brilliant, famous, and largely absent father – Howard Stark – paint a picture of a young man who couldn’t rely on his father for closeness. His model was that of a distant protector/provider, and the wound from this relationship and the death of his parents is evident in his literal and figurative use of armor to protect himself from danger and the vulnerability inherent in close relationships.

After freeing himself from his captors in Afghanistan, Stark returns to America and undergoes the first of a series of major moral transformations. In this case, he comes to realize the violent impact of weapons manufactured at Stark industries. He shuts down the weapons manufacturing and begins to take more ownership of the company along with a broader sense of personal accountability for his actions. He also builds the first iron man suit, puts his mind and vast resources to use for the betterment of the world as Iron Man (e.g., helps others who are being harmed by terrorists). Despite taking more control over Stark Industries, Tony’s character arc remains the same irresponsible self-centered billionaire.

In Iron Man 2, Tony faces pressure to share his technology with the government and battles for control over the suits. However, from a psychological and an interpersonal frame the real threat faced by Tony in this film is rigid adherence to old-school notions of what it means to be “the man.” Scarlett Johansson as his personal assistant because he is attracted to her and openly jokes about other women he has slept with in front of his girlfriend Pepper. Tony’s behavior in this second film does not give viewers reasons to root for him and the toxicity in his behavior is mirrored by the buildup of a poison in his bloodstream that is slowly killing him. The second film is really about what happens when your own toxicity consumes you. Throughout the film, we see Tony struggle with alcoholism, which is an ongoing struggle for Tony Stark as well as Robert Downey Junior – the actor who played Iron Man, who has been sober since 2003. Tony Stark is not just a jerk in Iron Man 2, he’s a depressed jerk, and the representation of his power and ego is why he’ll almost die if he does not change his ways. We see Tony hit rock bottom as he alienates from those he cares about and is unwilling to accept help from his friends. This film is best at humanizing Tony’s character and alludes that the superhero in the suit is a real dude.

In Iron Man 3, we see Tony become a much more human – an likeable – character as he struggles with anxiety and PTSD as a result of the alien attack on New York that occurred during the first Avengers film  in which Iron Man risks his life to direct a missile that is about to strike New York toward a wormhole in the sky. We see Tony have multiple flashbacks about almost being stuck in space when he went through the wormhole and he also fears another attack. He tries to cope by using everything in his power to be prepared, becomes obsessed with building suit after suit to protect him. However, Tony ends up destroying all his suits and understands that he cannot always be the one person to protect the world. Over the course of Iron Man to the Captain America: Civil War is all about Tony coming to terms with his arrogant mistakes and his ego. In Civil War, Tony believes that he and the rest of the Avengers need to be held accountable for the consequences of their actions after the Battle of Sakovia. Additionally, we see Tony become a father figure and mentor to the young superhero, Peter Parker. We see how strong their bond is, when Tony risks everything to try to bring Peter and others back in the Avengers: Endgame. Also, we see Tony reconcile with Steve Rogers, and he and Steve work together to reunify the Avengers.

Tony and Pepper have a child, Morgan, and we see Tony be a wonderful father to Morgan—playing together, eating cheeseburgers and loving each other 3000. Reflecting back on when we first saw Tony, he was someone who only cared about himself, yet over time, he developed into someone willing to sacrifice himself in order to save his family and the universe. He swipes the infinity stones from Thanos and snaps his fingers. Everyone in the universe and those Tony cared about had a chance to live and fulfill their dreams because of his incredible sacrifice.

These films serve to show a type of vulnerability and reminder that underneath the suit is a real dude. With Father’s Day approaching, we at the Center for Men’s Excellence want to recognize all the Superhero Dads who possess extraordinary powers of juggling several fatherly responsibilities.